Bike 305 Aims To Form An Interconnected System of Greenways, Bike Lanes and Trails

I recently visited Ecuador and enjoyed running on the Chiquinan Trail, a 20 km bike and running trail converted from an old railway trail. 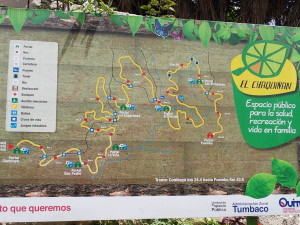 While I was running, I thought it would be great if Miami-Dade had something similar.  I was thrilled to find out it does, though most of it is still in the making.  It is called Bike 305 and so far 130 miles, out of the 5o0 planned, have been completed.  The current routes include Key Biscayne, Coconut Grove, Coral Gables, Pinecrest, Palmetto Bay and Cutler Bay.  I have run along several of the routes, without even knowing it was part of a grander plan to interconnect greenways, bike lanes, and trails.  I look forward to running more portions of the route as they come on line!