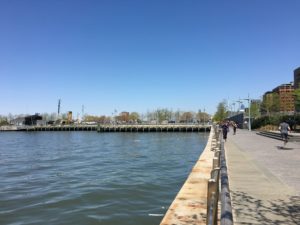 Runners, walkers and bikers share the path along the Hudson River 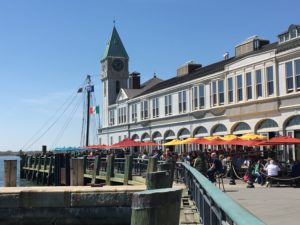 Last weekend I flew to New York City for a quick weekend getaway and during my run along the Hudson River Park, I wondered why we don’t have more fabulous waterfront parks in Miami.  We are finally getting Bayfront Park cleaned up, but wouldn’t it be amazing to have waterfront access for runners, walkers, and bikers that weaves from Bayfront to the Miami River and then connected to the soon-to-be-built Underline and the path to Key Biscayne?