Majority of Millennials Cite Cost of Living as a Concern 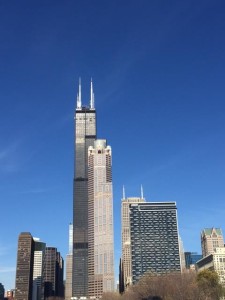 Bank of America/USA Today Better Money Habits® Millennial Report, provides great insight into the financial concerns of the millennial generation.  As the mother of three millennials, ages 21-25, and a Realtor I am always interested in what reports say drive this group of young adults.

Of great interest is the correlation between jobs and housing in areas where millennials like to live, which tend to be cities with plenty of cultural and social activities, strong public transportation, high percentage of others in their age group (18-34) and ethnic diversity.

According to the B of A study, “No matter where they live, the cost of living is a concern for a majority of millennials. More than half are also concerned about their ability to save based on where they live.”  This is also one of my concerns for my children.  My youngest is already thinking about where she is going to move once she graduates.  Although she realizes it will depend where she finds a job in film editing, she is looking at cities that have both a large film/television production industry and a lower cost of living than some of the big cities, such as Los Angeles and New York.

Given the top Forbes’ Best Cities for Millennials in 2015, it is not surprising that cost of living is such a large concern.  Eleven of the top 25 cities have rents at or close to $1300 per month.  If you go by the rule of thumb that no more than 30% of your annual income should go to rent, then millennials in these cities would have to make a minimum of $52,000 per year.  Miami rents have gone up significantly as well and though we didn’t make Forbes’ cut as top 25 cities, I think that is changing with the emergence of a strong tech entrepreneurial center.